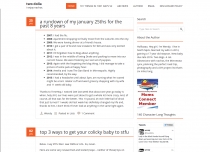 introducing Ozzy to the Harlem Globetrotters

Ozzy has been going to basketball games since he was seven months old. We always said we weren’t going to push any sports in him, but the Minnesota Lynx don’t count in that little rule of ours. As it turns out, he’s crazy about basketball, or GO GO as he calls it. Like legit crazy. He practices at home every night and plays with our awesome daycare provider’s 12 year old son anytime he gets a chance. With all that, we were pretty excited to take him to the Harlem Globetrotters game last weekend.

He wasn’t so sure at first.

There were the standard Globetrotters antics that are possibly the same ones they’ve been using for years, but still just as entertaining. That kind of thing was lost on this little 2.5 year old. But then the action started right after I got back from the souvenir stand. He doesn’t mess around once the ball is in play.

He was most impressed with all the slam dunks. Who wouldn’t be? I have a feeling we might need to buy a backup hoop for when he slams the one we have into the ground that final time. I can’t wait to take him again when he’s older.

For now, a couple of hours of basketball hijinx that happens right over naptime is pretty exhausting.