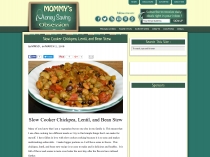 I received free tickets to see The Harlem Globetrotters in exchange for a review.  All opinions are my own.

On New Year's Eve, 2017, my family and I went to see the Original Harlem Globetrotters in Milwaukee, Wisconsin.  Both my husband and I used to love watching the Harlem Globetrotter cartoon when we were younger and I saw a couple of their live performances when I was growing up so we were both pretty excited to see them.  Our boys love basketball but when we tried to explain that the Harlem Globetrotters were a professional team that incorporated tricks into their games, they thought we had lost our minds.  Prior to attending the game, we showed them a few Youtube videos so they would know what to expect.

We hit a little more traffic than we anticipated so we didn't get to see anything that happened before the game began but did get to our seats just before the teams were introduced.  The first team that was announced was the opposition, The Harlem Globetrotters' main rival The Washington Generals.  There was not much reaction from the crowd when they came out.  It was a different story when the Harlem Globetrotters came to the court.  The crowd went pretty wild, most stood up.  As each player was introduced, a little dance was performed.  Before the last player, Big Easy, was introduced, he started to walk away.  When the announcer told him that he was going to be introduced next, he said that he was supposed to be first. Some antics ensued and in typical Harlem Globetrotter fashion, this involved an unsuspecting member of the crowd.  Big Easy went to help escort someone to their seat but not without trying some of the man's food and drink.

Throughout the game, there was a lot of incredible ball skill performed including insanely low and controlled dribbling, creative ball passing and some amazing layups.  We also got to see many successful four-point shots (35 feet away from the basket).  Every once in a while, the game clock would stop to allow for some of the famous Harlem Globetrotters tricks which included ball spinning and acrobatic moves, and crowd participation.  Several members of the crowd were called up throughout the performance to participate in dance moves, shooting baskets and to learn how to spin the ball.  There was a lot of humorous commentary from the players during the performance and the majority of the crowd was laughing uncontrollably quite often. My kids loved it.  Some people might find some of the jokes to be mildly offensive but my family did not. It was all done in jest.

At one point, two players were chasing each other and water was thrown into the crowd.  I remember something similar happening when I saw the Harlem Globetrotters thirty years ago!  One of the funniest parts of the show was when there was a dispute as to whose ball it should have been. The referee couldn't tell if someone went out of bounce.  Both teams did a rewind.  Yes, that is how it sounds.  They performed the previous play in reverse.  They then replayed the play in question in slow motion.

One of the things that I love the most about the Harlem Globetrotters is that they show you that you can shoot for your dreams (and achieve them) no matter how far-fetched some might think they seem.  It isn't very often that you get a professional team that has both men and women playing on it.  It is even rarer for a professional basketball team to have a player who is only 5'2''.

We had a wonderful time and will definitely go to see the Harlem Globetrotters again sometime.  We recommend their shows to anyone who likes comedy and basketball.   If you would like to go to a game, remember that my readers can receive 25% off tickets! You can get this deal by going here---- Harlem Globetrotters tickets and using code FUNFAM.  Let me know what you think!

I received free tickets to see The Harlem Globetrotters from the US Family Guide in exchange for a review.  All opinions are my own.